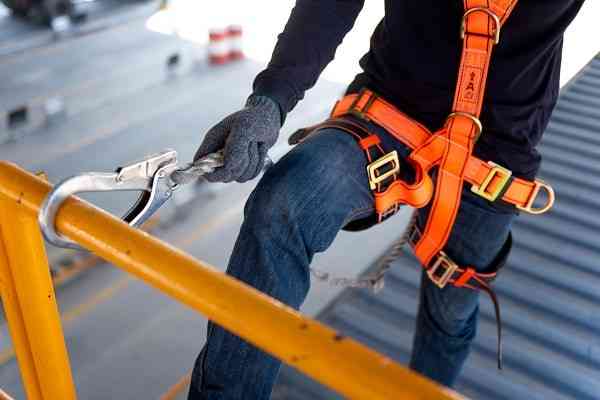 As reported by the Boston Herald and the Boston Globe – Boston city officials on Friday cited a contractor at a North End construction site where a woman was struck by a falling metal railing and seriously injured, alleging the company was conducting work without proper permits and creating “an unsafe and dangerous” environment.

The city’s Inspectional Services Department has “issued a stop-work order for 47 Commercial Wharf East, in addition to six additional worksites currently supervised by Corolla Contracting. Each site will be inspected to ensure they are properly contained until further notice.”

SHA records showed that Corolla Contracting Inc. has been cited for eight safety violations since 2010. One was marked in the records as “deleted.”

Among the seven others, five were classified as serious. Four of the violations were related to improperly protecting employees from falling, records show. The company was also fined $1,700 for a ladder violation in 2013, and $1,000 for not properly training employees to prevent falls in 2017.

The frequency of violations indicated that the company was on OSHA’s radar and as a result may have been more likely to be visited by inspectors, he said. The tally does not include violations the company may face from Thursday’s incident.

Bianco said many companies would rather pay fines than improve their safety measures.

“The fines and penalties that OSHA imposes on these contractors is often not enough to get these companies to move off center,” Bianco said. “It’s often cheaper to play catch me if you can.”

Why is fall protection important?

According to the OSHA website, falls are among the most common causes of serious work-related injuries and deaths. Employers must set up the workplace to prevent employees from falling off overhead platforms, elevated workstations or into holes in the floor and walls.

As noted in our recent blog post – Local Company Fined by OSHA for $1.7 million Due To Violations – there are many options for ensuring safe worksites.  Project managers can redesign the methods they choose by employing aerial lifts, work platforms and manlifts for safer access.  Some roof work configurations allow for the use of temporary guard railings, nets or even controlled roofing zones, and positioning devices.  If these are not viable options, managers can look at personal fall arrest equipment that doesn’t prevent the fall but helps prevent a deadly landing.

If scaffolds are erected to limit the fall height, there must be a safe way to make the transition.  Ladders are not allowed to be set up on a scaffold for reaching a higher level unless it is tightly secured against moving in any direction. Employees cannot be allowed to jump or climb over two feet difference of elevation, so use anchored steps or ladder.  If possible, choose a ramp but it also must be securely anchored.

Whatever method managers choose, they must effectively train and designate on-site competent persons to do regular inspections and make corrections to problems before it becomes a hazard to someone.

When following EM-385 fall protection regulations, employers must not only designate a competent person for fall protection, but also a Fall Protection Program manager, a Qualified Person as well as a Competent Rescuer, Authorized Rescuer and the End User.  There are training and retraining requirements as well as roles and responsibilities like inspections that must be adhered to under Section 21 of EM-385.

Do you need to train your Fall Protection Competent and/or Qualified Persons?  Do you know how to choose the best method to protect your employees?

Request A Quote For
Safety Training Or Consulting

To register or log-in, select the "client Log-In" button and you're on your way!